Have you ever seen an oil level warning message or sign on the dashboard or the board computer of your car? Sometimes, this will be a simple message that says ‘check oil level in your engine’ or something similar to that. In other cases, there will be a yellow symbol that looks like a small oil can.

Regardless of the form, these warnings always mean that the oil level in your engine is not correct. Although you may not think much about it, this can cause irreversible damage to your engine in a short time. In this article, you will learn what engine oil does, why the level is so important, and how to check it.

Can I Put Oil in a Hot Engine?

It is not uncommon for drivers to be unsure if adding oil in a hot engine could do any damage. There is a widespread belief that cold oil coming in contact with hot components can cause cracks. The basis for this theory is the fact that metal expands or shrinks as temperatures go up or down. If this happens too fast, it may cause a sudden deformation that will break the material. An obvious example of this is a glass that breaks apart if we pour boiling water into it.

However, there is no real danger in adding oil in a hot engine, as metal parts are not that fragile and have a certain flexibility in them. Besides, engine oil soaks the heat at a much slower rate than water and cannot cool it down as fast. In the end, you must wait for several minutes before checking the oil level, as oil drains down back into the drain. During this time, the engine will cool down on its own and it will not be as hot when you top it off.

When adding oil in your engine, you should do it in a way that ensures there will be no overfilling. The easiest way for this is to assess how much oil you should add by using MIN and MAX markings as a reference. In most cases, the difference between these two markings is one quart. Then, just add about 0.125 quarts at a time and recheck the level until it is near the maximum.

Why Is It Important to Have a Correct Oil Level?

Oil in the engine of your car has several important tasks, and lubrication of moving parts is just one of them. As the engine is running, small amounts of soot and dirt gather inside it, where they can block narrow pathways. To prevent this from happening, engine oil contains detergents that dissolve these deposits before they create a problem. This is the main reason why the oil in your engine is black, especially after using it for longer periods of time.

Another important role that the oil plays is cooling, as it takes the heat away from your engine. This means it has to cope with extreme temperatures that happen within parts like the cylinder head or pistons. Because of this, most modern engines have oil coolers, which ensures that the oil temperature stays within certain limits. In the end, there is an oil pump that picks the oil from the sump and sends it under pressure through the whole engine. There are several components, like hydraulic valve tappets or variable valve timing solenoids, whose operation relies on sufficient oil pressure.

With engine oil carrying such significant tasks on its shoulders, you should never allow its level to drop too low. When there is not enough of it inside the engine, the oil can overheat with the engine under heavy loads. If this happens, the molecular structure will break up, and the oil will degrade. Not only will it lose its lubrication and cooling properties as a result, but it may also lead to low oil pressure. This can cause engine running issues, increased wear and, in the worst-case scenario, component failure. 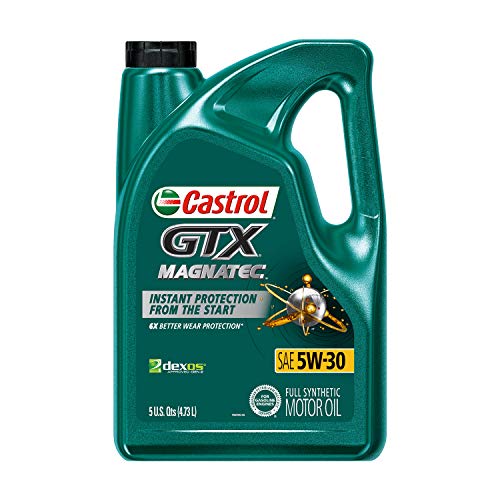 You may also want to read: Can You Put Too Much Oil in the Engine?

How to Check the Oil Level?

All engines consume some amount of oil while running, even if they are in the best possible condition. As pistons move up and down, they leave a thin layer of oil on cylinder walls, which gets burned off during combustion. In addition, a certain amount of oil fumes escapes to the intake manifold through the crankcase ventilation system. While these amounts are minimal when the engine is new, they can increase as components wear and seals develop various leaks.

If you want to make sure there is enough oil in your engine all the time, check its level at regular intervals. Most cars have dipsticks in their engines, which is a thin metal strip that you pull out to see if the level is between marks. Newer cars also use electronic sensors to measure the amount of oil and display it on your board computer. Although this makes checking easier, using the dipstick to check the oil level periodically is a good idea, as sensors can fail.

To get the most accurate measurements, you should check the oil level with the engine warmed up to the operating temperature. This is because oil, just like any other liquid, expands and raises in level as temperatures go up. When the engine is cold, you might get a level reading that is lower than it actually is. If topping up the oil in such circumstances, there is a risk of overfilling your engine, which can cause damage to it.

Engine oil is one of the most important fluids in your car, as it helps it run smooth. As all engines consume a certain amount of oil, it is important to check its level regularly. The best way to do this is when the engine is hot, as this will give an accurate reading. If the oil level is near or below MIN mark, top it off without delay. You can add oil to the engine even when it is hot, as there is no risk of damage to any components.