Any car owner can tell you how annoying this can be – whenever there’s rain or snow, and you try to wipe the windshield, the wipers begin to chatter. It’s noisy, it doesn’t clean the windshield properly, and it’s a terrible inconvenience during bad weather. On top of all that, it’s actually dangerous. So, like any good car owner, you must’ve asked yourself the same question – how do you deal with chattering windshield wipers? 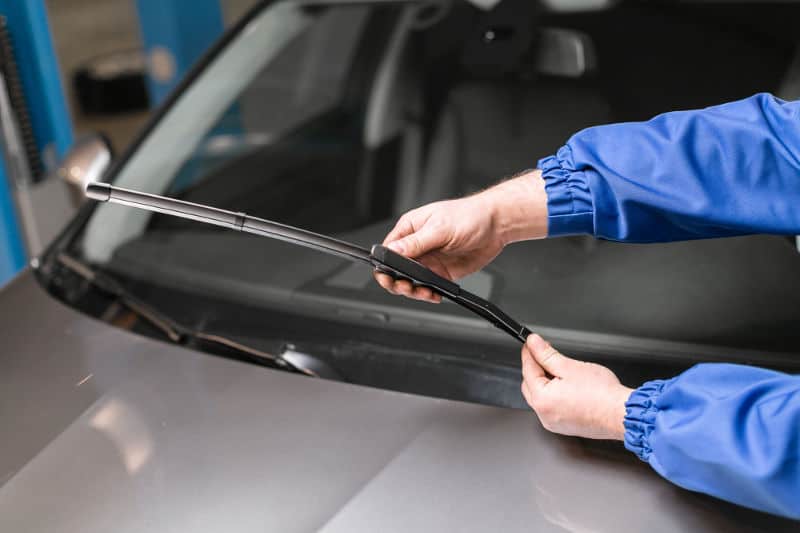 Juddering or chattering is a noise that wipers make due to a number of issues or malfunctions. You’ve probably seen it or experienced it yourself. When the blade begins to move upwards, it produces a weird “rattle.” However, when it comes back, there’s no noise.

Nearly all wipers contain rubber. The reason car manufacturers go with rubber is its properties:

These properties make it great for wiping the glass. Essentially, the rubber will bend and flow with the motions, adapting to the flat surface. There aren’t many other substances that would do a better job at cleaning a convex surface such as a windshield.

However, rubber is far from perfect. For example, the surface the rubber moves along can cause too much friction. Now, some friction with the rubber is okay – that’s what removes the liquid and the dirt. But too much friction can cause the wiper to grab onto the surface. Not necessarily “stick” to it, but rather “grab a hold of” it. The same can happen if the mechanism responsible for the wiper isn’t strong enough.

Once the rubber grabs hold of the surface, it lets go when enough force is applied. It produces a strong “pop” sound then, and multiple pop sounds are what you’d normally call chattering, or juddering. Sometimes it sounds more like a squeal, so if you’re worried about squealing wipers, this text applies to your problem as well.

So Is That Why the Wipers Chatter?

That’s just the basic explanation, but it’s far from the whole story. Namely, chatter can happen because of several reasons, all having to do with either the wiper itself or the windshield glass. Let’s list some of them below.

It’s a tale as old as time…or rather, as old as car manufacturing. A customer like yourself would buy new windshield wipers and the second they start using them, they begin to chatter. Now you might be thinking “it’s a faulty product,” and sometimes it very well could be. But the real reason is pretty mundane.

Namely, new wipers come covered in a fine, misty powder. This powder helps reduce friction until the rubber of the wiper wears out to an extent. However, some wiper manufacturers don’t use this powder, so the friction levels are very high. This, of course, leads to chattering and juddering.

People usually apply a glass sealant on their windshields to get rid of liquids, in a sense. And while sealant can do great work in this area, it’s not an end-all “repellent” for any liquid. Some sealants contain tiny, fiber-like structures that prevent the liquids from “sticking” onto the windshield. However, this process can also increase friction, and that can sometimes lead to chattering windshield wipers.

All wipers require the glass to be wet, so they can glide over it with no problem. A rubber dragging over a dry surface will almost always make a sound. Naturally, this particular issue is easy to solve – don’t wipe the dry glass.

And speaking of wiping non-dry glass…

The Windshield Glass is Too Dirty

Normally, a decent level of glass cleaner can help with any dirt accumulated onto the windshield. But there will be times when your windshield is so dirty that it makes your wipers sing the song of the damned, so to speak.

Too much dirt or debris can interact with the rubber of the wiper in a wrong way. As it drags against the dirty surface, the wiper rubber will chatter loudly. Constant maintenance beyond just using wipers is a must.

And that maintenance will include glass cleaner, so…

People use glass cleaner often to make their windshields as smooth as possible. This is a good thing, of course, but when it isn’t done properly, you can encounter chattering. For example, if you clean it off after the first time, it will leave a little residue. That will require another “round” of cleaning until all of it is removed from your windshield. Most people don’t do that final “round.” Don’t be like them – avoid the judders.

Non-Causes, or This Is NOT Why You Have Chattering Windshield Wipers

Now, before you read this section, it’s important to know one thing. The reasons listed below COULD be why your windshield wipers chatter. However, more often than not, they just aren’t, and you’ll see why.

First off, it isn’t always the problem with the wipers. You might have gotten new ones and thought of complaining to the retailer or even the manufacturer. Don’t do that. The wipers could be working just fine, but might not have enough lubrication for you to see this. Remember, dry glass is as much of a cause as is a bad wiper.

Next, there’s the glass sealant issue. People normally write off the sealant altogether as the cause. This isn’t the case. More often than not, it’s HOW you use the sealant, not WHICH sealant you use. We’ve already outlined this earlier.

Then there’s the glass itself. An overly dirty glass isn’t an automatic reason behind chattering, even though it might be. Sometimes the glass could be exceptionally clean and you’ll still get it. In that case, the problem is with the lack of lubrication, i.e. dry glass again.

Finally, there’s the issue of wiper speed. Most people just speed up their wipers and the chattering decreases. However, the key takeaway detail is that it ONLY decreases. It doesn’t go away, and you’ll need to get to the meat of the issue if you want to get rid of windshield wipers chattering.

This step includes cleaning of every variety – wiper blades, windshield glass, everything. There will be times when there’s a lot of debris built up on either one of these, usually if you don’t drive the car for several months. Ergo, it’s good to clean them up thoroughly.

With the blades themselves, some warm soapy water and a small amount of rubbing alcohol is enough. Gently lift the blades and wipe them slowly, yet thoroughly. Don’t forget to also clean the hinges and the body of the blade. Here is an article that explains how to recondition your wipers.

Regarding the windshield itself, just apply the glass cleaner and remember to remove all of it when you finish. If you can’t afford glass cleaner for whatever reason, use undiluted white vinegar with a spray bottle. However, do NOT spray any painted part of your car. Aim only for the windshield glass. Baking soda will also do for glass that is extremely dirty.

What if I’m On the Road?

In the case of juddering during a trip, the best thing you can do is use alcohol wipes. They won’t solve your problem permanently, but trust me, they work when it counts.

2. A Little This-and-That Around Wipers

Sometimes it’s not how dirty (or clean) the wipers (or windshields) are. You will more often than not have to do other stuff to get rid of wiper chatter. I’m talking simple, “almost” maintenance stuff.

For example, your wipers might just need some readjusting or softening. First, let’s cover readjusting. Both tight AND loose wipers make noise, though they differ a bit. Whatever the case, use a regular wrench and readjust them so that they work without chatters. The same works with the rubber itself. You can just move it around a bit with your hand until they feel soft and loose and ready to wipe.

Moving on to softening next; wiper rubber can get stiff for many reasons. And stiff rubbers aren’t flexible, i.e. can’t glide against the glass without chattering. So if it’s an old wiper with stiff blades, replace it. But if it’s a new one, some rubbing alcohol or Armor All on a cloth can make it soften a bit. Some people even use WD-40, though I would personally warn you against it. A few people noted damage to the blades from using WD-40 for this purpose.

Yes, sometimes the wiper fluid can go off. In addition, the brand you’re using may not be wet enough to lubricate the blades. At times, you might just need to refill the tank. Whatever the case, don’t ignore the option of checking the wiper fluid.

- And Some Homemade Alternatives -
» Read More «

Eventually, your wipers will break down. Sometimes it’s cracked rubber, other times it’s the broken joint of the arm. You can even face a broken or bent wiper assembly. Whenever this happens, there is but one possible solution – buy new wipers. In fact, consider buying a whole new set of wiper equipment.

But before you buy a new pair of blades, you ought to do some research. Not every blade will fit your car, and even the ones that fit might be off (types of wipers). In fact, it will probably be a bad idea to buy the same model you already have, especially if it’s one that broke down on you earlier than you expected. Spend some time on Amazon and other retail websites until you find the models you need.

You can always take the car to your preferred mechanic and have him or her change the wipers for you. That way you won’t worry about any further problems. However, you can also change them yourself.

A Few Final Tips and Tricks for Better Working Wipers

Before you move on to fixing your chattering windshield wipers, remember these bits of info. First off, don’t rush to conclusions. If it seems like one of the causes listed above is the problem, it doesn’t necessarily mean that it’s the right one. Always double-check. Next, never do anything uninformed. In case you need to readjust something yourself, always find someone to instruct you, or look up online videos on how to do it. Lastly, do not panic. As far as car problems go, noisy windshield wipers are among the least serious. They are no picnic, of course, but they can be solved with enough patience, ingenuity and a clear head. 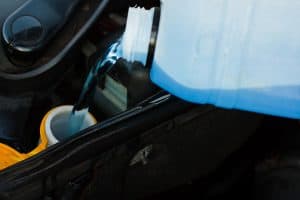 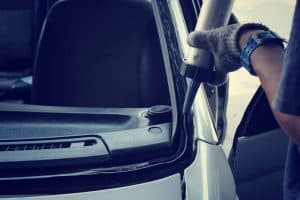 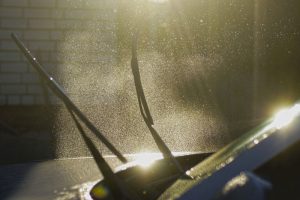 How to Clean and Recondition Wiper Blades (Maintenance Tips) 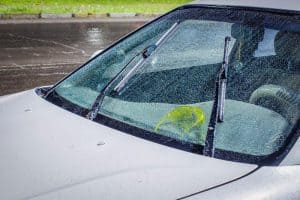 How to Fix Windshield Wipers That Stopped Working