If you compare oil additive brands that you can get today with the ones that were available before, you’ll notice a considerable difference. Modern oil additive is essentially a combination of different oil base stocks and additive components. Older ones were always based on pure petroleum, and they never included any additional ingredients.

In this article, I’ll help you understand what oil additives are by talking about their properties, usage, and types. Furthermore, I’ll present four products which I think are the best oil additives currently on the market. Without further ado, let’s get into it. 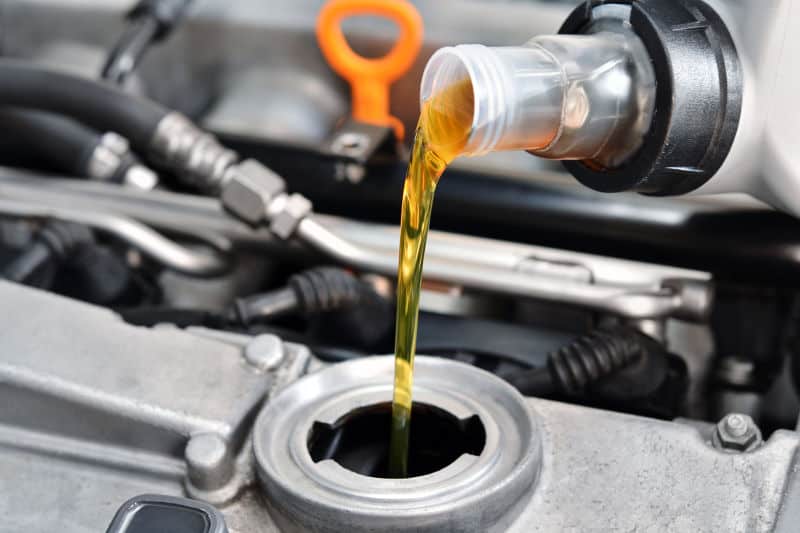 Everything You Need to Know About Oil Additives – a Buying Guide

What Are Diesel Oil Additives?

Let’s start with the basics. In order to understand the true value of oil additives, you’ll need to know what they actually are. It’s important to consider the fact that your regular diesel oil already has some additives in it. Many people think that adding additional diesel oil additives is completely unnecessary. However, that’s not the case.

Diesel oil additives supplement and enhance what’s already there. For example, if you’re using your vehicle a lot, there’s a high chance that you’ll use up the additives faster. These additives can be dispersants, viscosity modifiers, rust inhibitors, detergents, acid neutralizers, etc. They are all essential for the well-being of the engine. By adding additional additives, you simply prolong the life span of your engine.

The Benefits of Using Them

I’ve already mentioned some of the benefits of using an oil additive when it comes to protection and performance. From that info, you can conclude that the major benefit is protecting metallic surfaces from corrosion and minimizing friction. In addition to these benefits, additives can also protect the engine from sludge, varnish, various acids, and extreme temperatures.

Oil additives can’t do anything on their own since they act as a supplement. Therefore, the amount of added power will probably depend on the utilization of the oil that you’ll use. However, oil additives can help your diesel engine by making it burn fuel as efficiently as possible. If you choose the right kind of oil additive, you’ll feel the roaring of the engine under your feet.

Oil additives have chemicals that are capable of increasing the vehicle’s fuel economy. These chemicals have been designed to strip off the combustion deposits that directly affect the longevity of the fuel. In some cases, you’ll be able to save up to 20% of fuel. That alone is why many people try to utilize these products as much as possible (me being one of them).

Furthermore, oil additives can be extremely beneficial to your wallet as well. You’ll probably save up more money by prolonging the use of the existing oil, rather than buying a new one all the time.

Finally, if you’re a considerate person and generally care about the environmental pollution, you’ll probably like the following facts. Diesel oil additives allow you to reduce the emissions from the car and increase the environmental friendliness of the vehicle.

Diesel is undoubtedly a worse alternative when it comes to how harmful it is. There are lots of carbon emissions, which are some of the worst pollutants out there. So you can’t eliminate the unburned hydrocarbon particulates — but you can at least reduce them.

Oil Additive Types and How They Work

There are numerous oil additive types and sub types out there and the list keeps on growing. For the sake of keeping the text short and readable, I’ll explore only the most important ones.

Rust inhibitors are essentially polar constituents that stick to the metal parts and surfaces and form a protective layer. They are extremely effective against corrosion, which is what makes them crucial.

Keeping a metal surface free from any contaminants that can cause damage in the long run (such as soot) is also important. That’s where dispersants come in. Dispersants basically attract the molecules from these contaminants, and as their name suggests, disperse them. The molecules end up in the suspension system in the oil’s film.

Detergents are quite similar to dispersants, except the only difference is that they keep the metal surface free from deposits. These deposits usually form in the engine environment, and it’s important to remove them. Detergents simply neutralize the acids that are present in the oil by making them soluble enough to be drawn up into the oil film.

The lowest temperature at which the oil flows is generally called ‘pour point.’ What pour point depressants do is limit the formation of wax crystals in mineral oils. These wax crystals can reduce the fluidity of the oil, which can cause problems during engine start-up.

The depressants allow the oil to flow even at the lowest temperatures. That’s what enables a vehicle to start during extremely cold temperatures.

When it comes to the formation of bubbles and foam in the oil, there’s no better cure than an anti-foam agent. Anti-foaming agents decrease the oxidation of the oil and increase its lubrication properties. Without these agents,the oil is likely to ‘starve.’

Friction modifiers have one simple goal – to reduce (and potentially eliminate) any traces of friction in the engine. The result of that process is that your engine doesn’t consume too much fuel.

Oxidation occurs when an oil reacts with the oxygen in the air. Alternatively, oxidation can be caused by formations of bubbles and foam in the oil, as I mentioned previously.

In both cases, there’s a chance that organic acids will form, which is definitely not good for the oil. They increase the oil viscosity and promote the formation of varnish, corrosion, and sludge. Antioxidants are basically an antidote for that.

The only purpose of an anti-wear additive is to limit and prevent contact between the metal engine parts.

Considering that I’ve mentioned everything that you need to know about diesel engine oil additives and the way they work, I think it’s time to move on. I’ve selected four oil additives that are regarded as some of the best currently on the market. So, let’s take a look.

After scouring the market for countless hours, I stumbled upon one of the best oil additives out there! XL Nanolube comes in a compact 8 oz bottle. The manufacturer formulated it to work with both gasoline and diesel engines. I’ve tested it in certain conditions, and I’ve noticed the slight improvement of the engine performance right away.

For example, it was able to handle high temperatures once it was mixed with the engine oil. In addition, there was a reduction of sludge, dust, and varnish. The difference was considerable and easy to notice since I knew how much of it there was before I used the additive.

The performance of XL Nanolube in normal conditions is flawless. I really couldn’t make any remark. Therefore, it offers a solid performance in light and heavy-duty environments.

I’ve had one slight issue with it, however. As soon as I turned off the engine, I noticed the oil dripping from the moving parts. That means that it took more than it should have for the oil to reach the engine’s moving parts. Dripping like that is known to cause problems such as a bad start-up, overheating, etc. However, that might be the case with my engine and oil only. I don’t think that it’s likely to happen to anyone who uses this oil additive, but I couldn’t look past it.

Hot Shot made this oil additive with an intent to replenish the life of your engine, generate more horsepower, and improve fuel longevity. The company also advertises this product as an excellent anti-wear solution. Normally, I’m quite skeptical about each advertisement, and I always have to test everything out. For this one, I simply had to make an exception.

The design of this oil restores the compression of the engine’s combustion chamber. That means that it reduces the friction and enhances the efficiency of the engine. I tested it out on my diesel-based truck, which averaged around 350 horsepower. There was at least a 20 horsepower increase after I used the additive. The engine just kept on roaring.

I tried to find anything that’s remotely bad about this oil additive, but I simply couldn’t. It does seem like it prolongs the longevity of the oil and reduces friction. I’ve driven about 50 miles for testing purposes, and I’ve noticed that the fuel consumption isn’t as drastic as before.

Honestly, I couldn’t notice any friction difference. All in all, this is a decent diesel oil additive, and you should definitely check it out if you want extra horse power!

If you’re someone who is concerned with the overall performance of your vehicle, then you’ll love this one. Of all the products I’ve tested, Archoil showed the best results. I have no affiliation with Archoil whatsoever, but I’m deeply impressed with their product! When I added the additive to the oil, I saw results within the first 30 to 40 miles of driving. Not only is my truck starting and running better but it also consumes less fuel.

The additive uses nano technology to reduce operating friction, and it seems to work pretty well. Moreover, there are four organic esters that liquefy the oil, varnish, carbon, and sludge deposits. When it comes to friction, there’s a Nanoborate layer, which prevents metal-to-metal contact.

If you have a diesel truck (or any other diesel vehicle for that matter), my advice is to get one of these. You’ll notice immediate results, especially if you’re experiencing any kind of stiction in your vehicle.

Archoil says that you can even put this additive in other situations where friction is an issue. That means that you could probably use this additive with your lawn mower and increase its performance. Yes, it’s that good.

Since you get a package of two 4 fl oz bottles, this additive is more than enough for 11-12 quarts of oil. I’ve noticed exceptional performance when it comes to quieting down the engine noise. Furthermore, I used it to clean the accumulated varnish and sludge in the oil.

All in all, there’s not that much to say about this oil additive other than to mention that it’s a good product. It might not be at the top spot, but it’s up there with the best, and it’s a worthy alternative.

To conclude, I just want to remind you that there are so many options out there. You’ll have to try out several products until you find the right one. Alternatively, you could choose one from my list, but keep in mind that this is only my opinion. Anyway, I really hope that this article was of some use to you. Moreover, I hope that now you know more about oil additives than you did before.